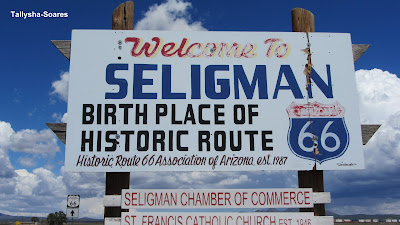 The welcome sign a few miles before Seligman says it all (and not exactly as it says...). You're bound for a tourist-staged attraction. The fading letters on the sign tell of a rundown place. The insistence on the "birth place" of Route 66 lets you guess you're being lured into something which is no longer authentic. The modern times seem not to have been kind to Seligman forcing it to live out of the past in the present. At this point, I anticipate we won't need much time in Seligman. 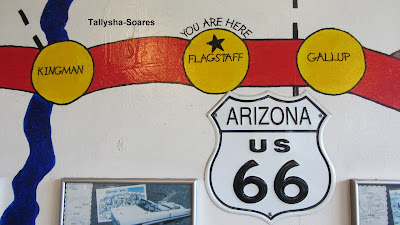 The change is smooth. You leave the desert and the mighty canyon and slowly pine trees start dotting the land. First, sparsely, then ever more densely until you find yourself in the midst of an alpine pine forest. The heat is replaced by the chill of altitude and mist: two seasons in one day. Then you see it, a brown sign post with "Historic Route 66" written on it. 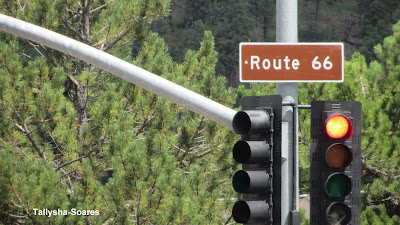 Route 66... The mythical westward road, the road of dreams and of an era. The road that all roadtrip lovers have to experience. The ultimate bucket list wish.
We start our Route 66 journey in Flagstaff, Arizona, a town that proudly celebrates the myth of the Road and of the 1950s when the Road was bustling with traffic and dreams. We seem to be in a 1950s movie set and quickly immerse ourselves in the surrounding mood.
Alas, for all my sins there's a Tesla supercharger nearby and we are swiftly transported back into the future when my EV-crazy husband pays his visit to the epitome of modern-age driving. Here we go again... 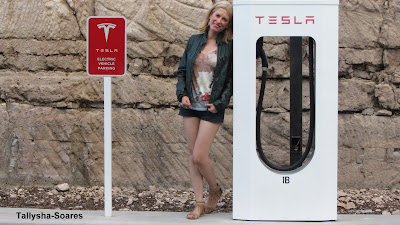 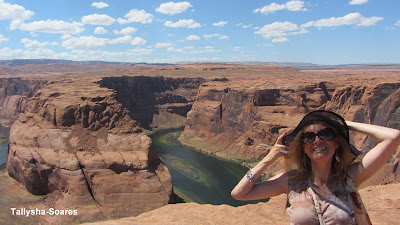 You walk the walk, endure the sun, the heat, the heat and the sun and then there's glory. Glory before you and your stupified eyes. Suddenly you're inside the pages of National Geographic, the only difference being your National Geographic is real. Life doesn't get much better than this.
An emerald-green river bends the rocky landscape. You become aware of the millions of years before you and can't help but feel insignificant, a speck of dust. Here where the Colorado River has sculpted the Canyon into a colossal horseshoe (hence the name) you are less than a speck of dust.
Horseshoe Bend is actually the Eastern rim of the Grand Canyon, "grand" the befitting adjective to describe its magnificence and majesty. All around, infinite miles of a rust-red, lifeless landscape of solid rock. The desert doesn't prepare you for this unexpected sight. An abrupt abyss cuts through the rock and at the bottom, a peaceful green river meanders slowly. What a paradoxical sight.
It's on moments like these you can say you could die now that you'd die happy. Moments like these are the kind of life treasures you take with you to your resting grave. Yes, when I die, I'll die happier than if I'd die without ever having been here. Difficult idea to convey but a mesmerisingly simple feeling to feel... 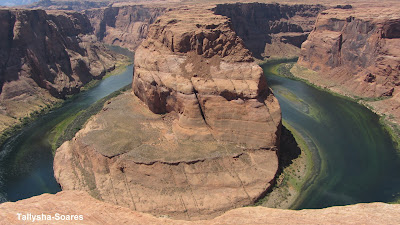 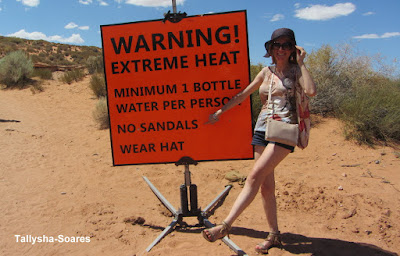 ... the tough get tougher. If I'm not tough, I'm probably a bit off. There are two problems with the circumstances that led me to the predicament of no-compliance with the dress-code (or better: shoe-code) featured on the warning sign I was supposed to respect. First, much as I wished to be a traveller, I'm a just another bloody tourist. Second, reading too much National Geographic and watching too much Discovery Channel makes you want to go places: all places. That and my life-long infatuation with David Attenborough... Anyway, going back to the warning sign. Extreme heat: check (it was 45ºC/113ºF, eat that!). One bottle of water per person: check (see the bag I'm carrying? Packed with bottles of water). Wear hat: check (since when don't I wear a hat in summer?). No sandals: sorry, you won't catch me in trekking shoes anytime soon. No can do. 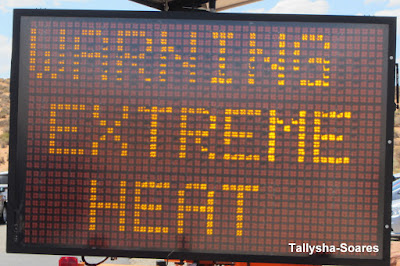 The warning signs were conspicuous. Threatening. Meant to infuse you with, if not terror, at least apprehension as to what you might be venturing into. I confess a part of me took the warnings seriously. After years of derring-do in this vast world that might have gone terribly wrong (and some that did), I have learnt to be humble in the presence of untamed Nature. The signs were there for a reason. 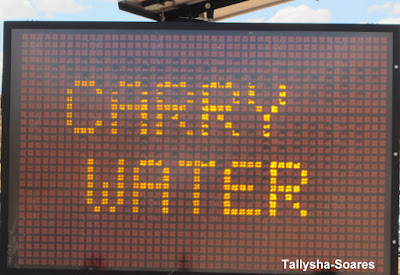 I assumed there wouldn't be any snakes lurking on the path I was to follow until I reached the Majesty I had come to see, so the sandals wouldn't be much of a problem. The heat and the (lack of) water were the main concerns. Equipped with plenty of water, sun-glasses and water, we ventured into the wilderness and walked the almost two miles that separated us from our goal under the scorching sun. To say it was burning hot is literally an understatement. 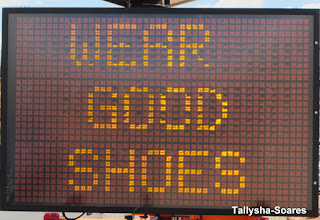 Did we survive to tell the story? I guess we did or I wouldn't be here giving notice of things past. What was at the end of our walk is something my eyes will never forget and neither will I...
Publicada por Isabel Tallysha-Soares à(s) 14:36 Sem comentários: 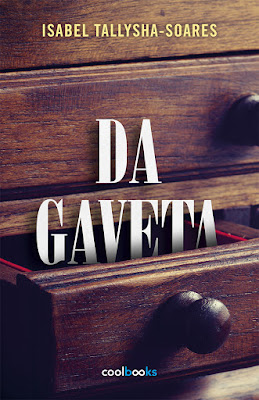 With thanks to the fantastic editorial team at Coolbooks, my Portuguese publisher within the Porto Editora Group. You guys rock!
You can all take a peak at:
http://www.coolbooks.pt/livraria/ficha/da-gaveta?id=19120300
Publicada por Isabel Tallysha-Soares à(s) 10:39 Sem comentários:

Day 10: The Navajo Twins, a Mexican Hat and a supercharger 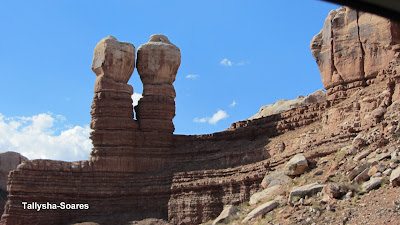 We are on our way to Blanding. Monument Valley is behind us but Beauty remains all around. Without much choice of hotels in the area of Monument Valley, we find ourselves going the literal extra mile to get lodging for the night. It is going to be Blanding and all that because... there's a supercharger there. Needless to say that, whilst we were considering the nearby accomodation options, the Tesla-aficionado settled for Blanding and thus choice was no longer an option. 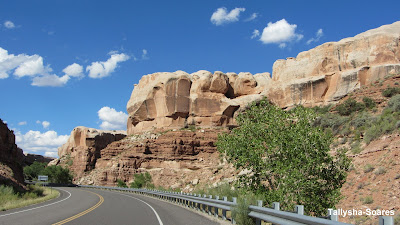 Boy, what beautiful road. Red rock formations, the loneliness of the empty, immense space, millenia of erosion sculpting the landscape: a dream for the road traveller. 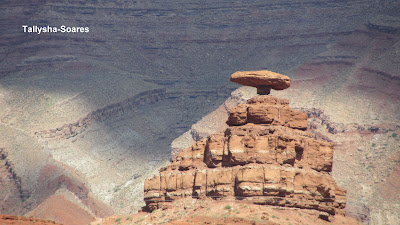 One almost feels out of the planet. In Mars, perhaps. With eyes wide open we marvel at the Mexican Hat many miles outside Monument Valley or the Navajo Twins, mid-way between Monument Valley and Blanding. How small we feel in the presence of the forces which have thus chiseled the rock. 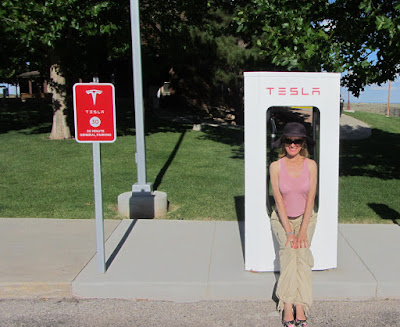 After a long day journeying across the marvellous wonders of this ancient region of strange rocks, Blanding and its supercharger in the visitor's centre. A speck of civilization in the middle of the all-encompassing vasteness. What a day...
Publicada por Isabel Tallysha-Soares à(s) 16:51 Sem comentários: 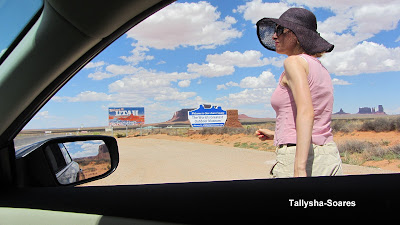 Monument Valley is at a crossroads between Arizona and Utah. I somehow have the feeling that I'm in the heart of the continent, a sanctum sanctorum of sorts. One can almost hear the heartbeat of the earth here. Looking at the state signs, we feel welcome and within ourselves we feel foreigners in communion with the vast land. 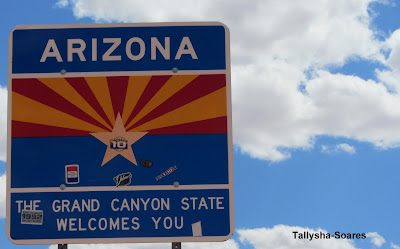 We leave Arizona where we have just entered coming from new Mexico and enter Utah. Excitement is an apt description for how we feel. 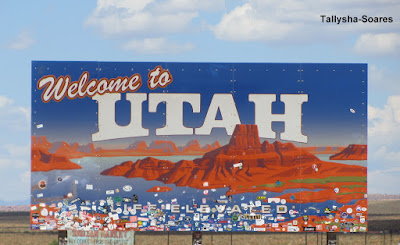 Isabel Tallysha-Soares
Novel-writer, PhD, blogger, Aunt extraordinaire and lately... Tesla-wife. This is my life chasing super-chargers, going electric and being surprised at every instant there is a Tesla-moment.

Some say there are Instagram husbands, I say there are Tesla-wives. I am one. My husband's über-love for Tesla has provided me with a...

Da Gaveta (From the Drawer)